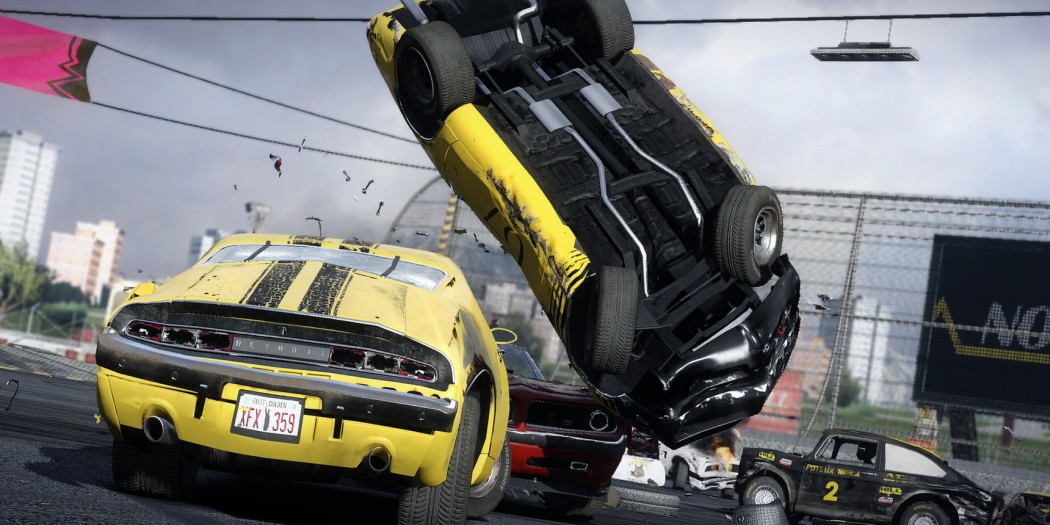 Wreckfest by bugbear has seen a long awaited update on Steam which brings it up to version 7.

This new build which has been about 8 months in the making brings with it new cars and physics along with a move to 64bit.

Here is a copy of the complete change log for you to check out,

General:
Added a 64bit executable.
Fixed out of memory errors with high texture quality (on systems with enough memory).

Cameras:
Implemented camera shake effect for collisions.
Cinematic camera can move along a predefined path (not used yet).
Improved replay camera positions on all tracks.

Now this update has not come without a hicup or two so there should be a hotfix available already on Steam with the fixes included below,