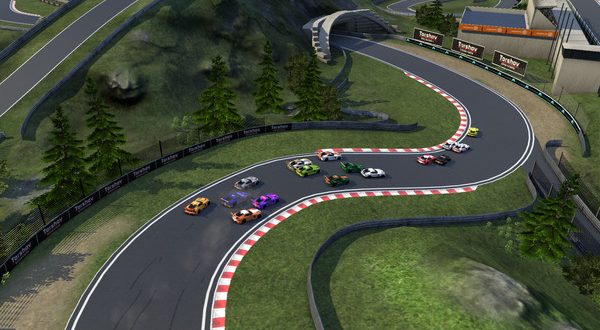 Trackday manager?! “What’s this?!” I thought when I noticed it pop up on Steam. Much like many other motorsport/sim racing fans I crave a modern motorsports management game. I genuinely can’t think of anything in very recent times that was worth playing. Sure, other management titles have come and gone, but they fail to live up to my expectations of what I want from a management game.
I’d come to Trackday manager somewhat late, having noticed they had an open beta period. But as they say, better late than never!

So in I go, full of hope that one of the voids of my gaming library had been filled….. and after some hours I can say I feel like it has been, mostly. Let me get in to the details.

What do we get?

Cars, multiple cars. Each one has its own pro’s and cons. Power at the cost of handling, vice versa or a balance of the two? Other factors are in here like cooling. They all look like real cars that you would recognise but, I guess for licensing reasons, They have different names. We see this often in the modding world so it would make sense here.

Car customisation is present. You can change how the car looks with painting it, bodywork changes, wheel rim changes and more. You can also change the internals of the cars to improve performance. Some of these performance parts are basically a trade off. Lose some points somewhere like cooling to gain more in top speed, that sort of thing. We also get sponsors. Sponsors can be given treats like meals or gifts to help persuade them to throw cash your way in return for plastering their logo all over your car. Sponsors that pay more are harder to convince. You better perform well and offer them the right treats to stand any chance of signing them.

You can also improve your pit crew, driver and marketing guy. The better you do in races the more points you get to put in their skills, with a cash cost also, of course. Make the pit crew jack the car up faster or the driver use the breaks later and more, you get the picture.

Manager, you say? So no driving?

You don’t actually get to drive the car in Trackday Manager, well, kind of….maybe. You’re presented with a top-down 3D view of the circuit which in honesty is pretty nice looking in my opinion, for what it is. It’s in the style of a super modern skidmarks (Really old game).

You get to instruct your driver on what to do in a live way, as if you were on the pit wall and literally hand feeding them instructions. Push hard, pass left, defend etc etc. Added to this there is also a KERS/boost button. You get a certain amount of boost per lap, adding to the required strategy & thought.

Weather and pit strategy matter. You will use fuel and tyres, you will need to actually think about strategy. I have been caught out on drying circuits not pitting soon enough for dry tyres and killing my soft dry tyres, using them for too long. This adds a perfect and much needed dynamic for this sort of game. The game requires an internet connection. Lots of complaints about this. I can’t say I’m bothered. Though I think it needs one to even start, which I understand being an issue.
You can have up to 16 players in a race. Multiplayer is where this game comes alive, it’s absolutely fantasic. Being on voice comms with a friend(s) and in a race/championship matching up your cars, drivers and tactics against one another can provide hours of genuine entertainment and belly-laughs.
It’s worth noting, though, that, races can be full of AI unless you’re grouped with a friend. I’m not sure whether this is a matchmaking issue or a lack of players. Fortnightly stats show 1,059 players have started the game in Steam. This could maybe be the issue. I feel it deserves more attention from gamers.

So, what do you think?

I think Trackday Manager is an attractive and worthy purchase for any racing fan. Especially at the current price of £8.99, well worth it. Best played with friends grouped up and racing together as it can feel a little like a grind if attacking it solo after a few hours. It seems to be continually receiving worthwhile updates which only add to the appeal of such a low asking price.

Trackday Manager is currently available for £8.99 on Steam. There is also a free demo! Click here to check them out!