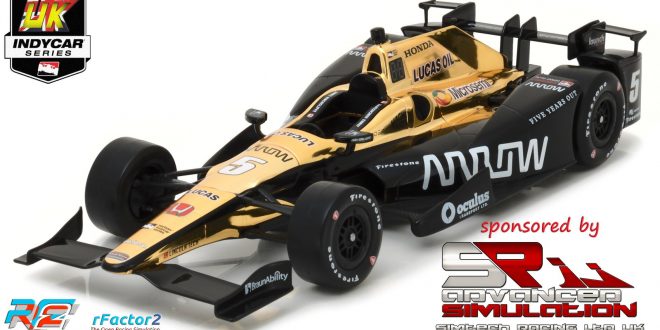 Over the past few weeks i have had the pleasure of racing along side the guys at Sim Cave UK in many of their organised sim racing events, but now they are ready to step things up a gear.

The team over at Sim Cave UK have just released the details of a brand new league championship featuring the DW12 INDYCAR on rFactor 2. This will be a ten round series and set to host both road and oval tracks.

The championship will start on Saturday the 17th March and then will run every fortnight from then on.

Races will be and hour long and there will 30 grid slots available and it will be on a first come first serve basis.

Sim Cave UK was started up by Rick Fowler but he has since expanded the team to run their various events across multiple sim titles on the PC. I have been involved in both their Big Rigs Don’t Slide truck series on Assetto Corsa and the Classic Touring Car events on RaceRoom and both times the racing was very clean the events well organised. Rick is busy building a website and forum ready for this new championship and details of when its due to go live will be announced on their Facebook page soon.