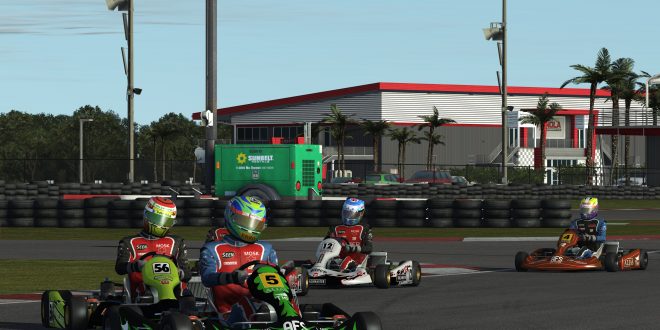 A few days ago Studio 397 released their rFactor 2 February roadmap update. A lot of it proved to be very positive, exciting news. Admittedly some of it was already common knowledge but I have been out of the loop somewhat so I figured I’d write a little something about it.

As part of the rFactor 2 February roadmap update more comparison screenshots were shared showing DX9 Vs DX11 in rFactor 2. Personally I have always thought that ISI/Studio 397 had some of the best texture work in the business (really compare it to the likes of Assetto Corsa and there is a gigantic difference in the detail) but they’ve always let themselves down with a somewhat flat look. I won’t pretend I know enough about how lighting systems or graphics engines work to comment on this, but it seemed obvious enough.

With the following screenshots it seems DX 11 has helped with this issue. Edges and details seem more prominent and the whole scene seems to “pop” more. Certainly a welcome improvement going forward. I don’t think there is any doubt that VR is here to stay. Well, at the very least it has a meaningful niche that’s large enough to require attention. The team mentioned in the rFactor 2 February roadmap update that they are in the first development stage for VR. Initially the focus concentrating on the experience with the Oculus Rift and and HTC Vive, moving over to environmental VR capabilities in the next few months. I’m sure this makes a bunch of people who have invested a lot in VR very happy indeed. It’s on the way guys.

One thing I think everyone can agree on is that the UI needed a good look at, pretty much requiring a complete overhaul. In the rFactor 2 February roadmap update there was a teaser shot of the new UI timing screen that is currently under development. My personal hope is that this makes the sim more accessible and understandable to the newcomer. The single biggest barrier that rFactor 2 has always had is the seemingly verbose and complicated set up of it and it just not looking good, or obvious where things are, in the menus. I hope this goes some way to solving this. NOLA Motorsports Park will be released on the 28th of February. The Studio 397 team have already told us that this will have a whopping 10 layouts! Including Kart and full circuit layouts. This is sure to provide varied and fun racing in a huge amount of vehicles.

We’re looking forward to this one!

That’s about it for now. Personally I’m very happy to see such a volume of work being undertaken going forward. Let us know what you think in the comments!