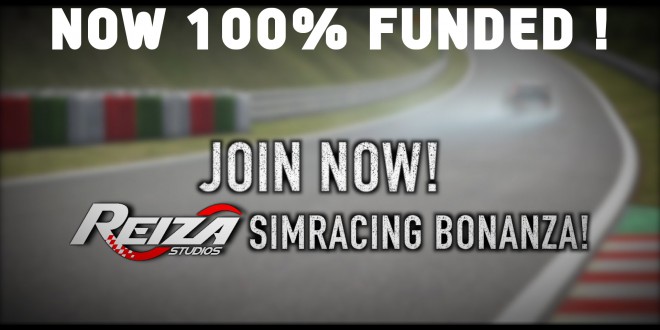 In fact with 30 hours left to go they have hit 112% which will allow them to add even more to both Game Stock Car and any future projects the dev team work on.

So far they have confirmed these new features and content for both Game Stock Car and Formula Truck,

Its not to late to get in on the fun and help out at sim dev team that has given us a lot over the years by CLICKING HERE .

The $25 tier 2 and above will give you beta access to new versions of GSCE which at the moment means you get to drive the fantastic Super V8.