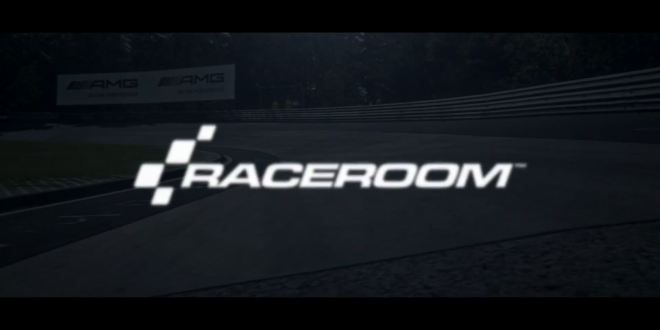 As we reported on earlier RaceRoom has gone off line today so that Sector3 can deploy the new updated December build of R3E.

While we wait for the sim to go back online why not check out the full release notes for the December build.

Its not full of new features but it does include some nice fixes but as all know this build is more about getting the sim ready for the three new Porsche’s which will be available Thursday.

Here is the changelog of the update being deployed:

Game:
* Added a default profile for Fanatec CSL Elite PS4
* Added a new selector for the strength of the collision effects in the FFB options menu
* VR – Added an optional start-up argument to make the monitor presentation of the VR session be toggled on from the start, without needing to use the keybind. Mostly used for events or regular streamers. Add “monitor” to your VR start-up argument, for example “-vr 1.5 monitor” to toggle on the monitor presentation.
* VR and Triple Screen – Fixed an issue with skydome being offset vertically as well as appearing broken in rearview mirrors on large track scenes like the Nuerburgring.
* Triple Screen – Tweaked clip plane value for camera to avoid seeing cut objects, at the cost of some flickering in the distance.
* AI – further improvements to make AI more careful around pit-entry, decreasing risk of AI overtaking a pitting car on wrong side of path
* AI – further improvements of AI side-by-side logic
* AI – Improved their decision making in changing tyres or not when having to refuel in a non mandatory pitstop race
* Potential fix for a 64-bit crash when entering a race with triple screen enabled, after applying changes to graphics options.
* Fixed a crash reported when using an OSW / DD wheel with MMOS FFB 2014 in 64-bit
* Fixed a wrong Bosch label on the Callaway C7R virtual display.
* Fixed an issue where the front headlights would turn off if the taillights were broken by an impact.
* Code reworked to attempt and get rid of an issue where some controllers are sending throttle and brake inputs constantly until the user moves the wheel or a pedal.
* Fixed a case in Spa Combined when game would think player has left the pitlane if player was leaning against the exterior wall at La Source.
* Changed replay comment field in media hub to be multi-line. Increased max length when renaming replays to 128 and comment to 256.
Sound, Physics & AI:
* BMW M6 GT3 – Made 5th gear a bit longer
* BMW B6 Alpina – Bop adjustments and fuel use adjustments. Leaderboards entries with this car are wiped.
* RUF RT12 GTR3 – Fuel use adjustments
* Knutstorp – AI tweaks to stop them from messing up in last turns. Also made them behave better in first lap or a race.
* Lakeview Hillclimb – Helicams (drone style) added
* Nordschleife 24H + VLN – Fixed Action cameras switching to empty GP area in the first meters of the Nordschleife.
* RaceRoom Raceway – Adjusted Cut Rules and AI speed tweaks for all layouts (leaderboards are wiped)
Art:
* Brands Hatch – Fixed a hole in the ground in turn 2.
* BMW M6 GT3 – Various matte finish tweaks
* McLaren 650s GT3 – Various matte finish tweaks