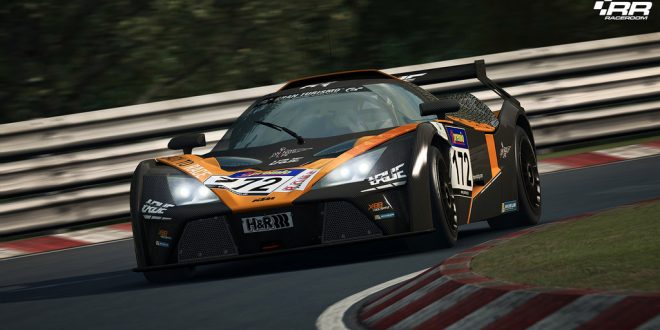 Yesterday Sector 3 Studios announced that the KTM X-BOW GT4 is coming to RaceRoom.

Coming to the sim sometime in spring 2017, this vehicle won the AM category of the European GT4 Championship in 2015 at its first attempt. It has also won other races and championships around the globe.

If races were won on looks, we think this would be hard to beat – super aggressive styling and very unique rear wing. What do you guys think to it? What do you guys think to this addition? Please let us know in the comments!