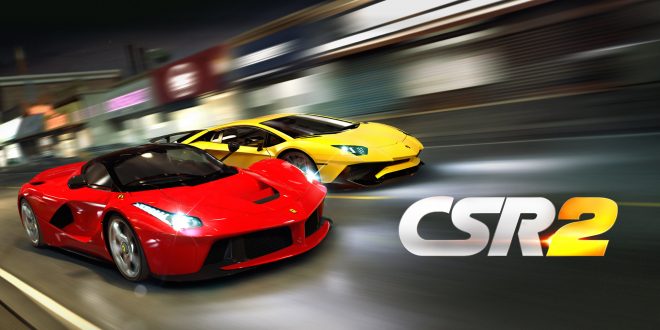 CSR2 is it any good?

I’ll say right away, this isn’t any kind of paid promotion or anything like that. Over the Christmas period my gaming time was non-existent so I had to find ways of getting my racing fix. First up, I tried CSR2.

What’s it all about?

Being a mobile game it is packed to the brim with possible microtransactions. But fear not, fellow sim racers. Through my many hours of casually playing, I have come to realise they are simply a means to do everything a bit faster. Not particularly pay to win, in my opinion. Especially with multiplayer, which I will talk about later.

CSR2 is exclusively about drag racing. Taking ever increasingly exotic cars and racing 1v1. Indeed, this format becomes a little repetitive but with races over in a maximum of 25 seconds it’s perfect for the mobile platform. I think it’s a good idea to talk microtransactions. As far as I can see you can get literally everything in game without spending a penny, it just takes longer. I personally think “So what”. You can purchase keys to unlock new fusion parts (explained later) or coins to speed up the delivery of part shipments. You can get all of the things in microtransactions as rewards just by playing the game so i say, don’t let it put you off.

There are more vehicles in this game than you can shake a stick at. CSR2 has Ford, Lamborghini, Ferrari, Audi, Dodge, Chevrolet, Mclaren and many, many more.

You can customise most of the vehicles in the game, too. Bodywork, calipers, number plate and interior. This provides a “Freshness” bonus to gain extra credits when completing races. The rarest of cars don’t – The thinking being their rarity overrides any paintwork. There are also crews within the game. You can join a crew at a low level (Feel free to join one named “Pitlanes.com”!) and you can work together to unlock extra bonuses, buffs and rewards. I was surprised to see this included in the game.

For every car you can buy a range of parts. These are either paid for with in game dollars earned from racing or coins that are microtransaction. You can earn enough dollars to upgrade the cars, though. I’ve had little need to use coins, playing in a casual way. You can also take your car to the dyno. Tune the tire pressure, NOS and the transmission to ensure you have the best setup for the 1/4 or 1/2 mile races you will face. There are also “Fusion Parts”. These augment and buff your vehicle stats. They get unlocked over time by just playing the game.

The racing is simply drag style. Ensure your revvs are in the green zone at the start, hit the launch control and then time your shifts and NOS usage accordingly. Simplistic, engaging and perfect for the mobile platform. Over in a few seconds and off you go again. There is also a multiplayer head to head mode. In this you race against different players in cars of the same tier. So while you will lose races, the time the other player got isn’t unobtainable, you just need more parts or better tuning. For a mobile racing game this has to be the best one I have played. Engaging, fun and social. Avoid the microtransactions as you don’t need them and have fun when you have a spare few minutes. Fully give this a thumbs up.