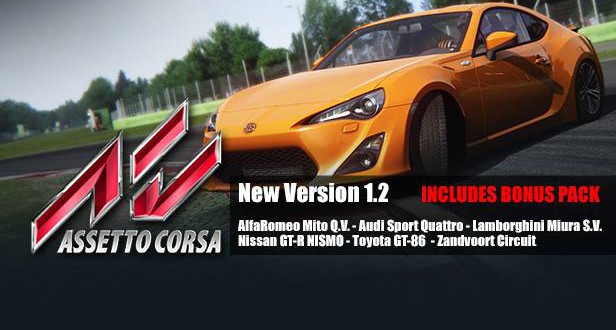 What a Friday night this is as Kunos have just released the latest update to Assetto Corsa in the form of version 1.2.

They have also added in some new free DLC content as well with a new track and five cars.

Here is the change log for the update, but basically they have update just about all the core elements of the sim.

To get all of this just head over to steam and let the new update download,