Home / Sim Racing / Are we expecting too much from BTCC 2022 and Motorsport Games? 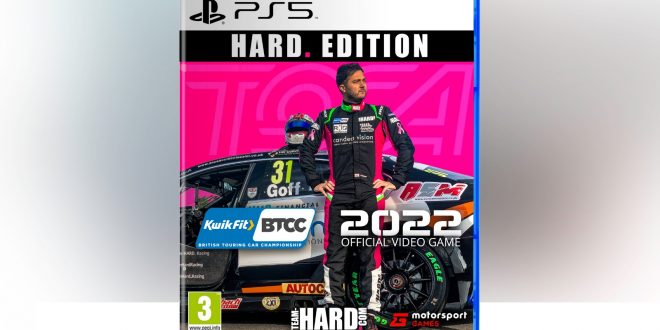 The thirst for a British Touring car game is strong. Very strong. With an extremely loyal fanbase. These fans are also the exact age demographic that has extremely fond memories of BTCC titles of the past. Never a bad word said, never a bad memory.

This leads me to worry, just a little. During my streams over on Facebook Gaming (www.fb.gg/pitlanescom) it is very clear with the messages of “I can’t wait for this” or “it’s going to be awesome” that people may have unreasonably high expectations based on 20 year old memories.

I belive they can. Though this is based on pure optimism and hope. To be really honest, their first release NASCAR 21: Ignition was not great. With fundamental gameplay functions missing and pretty terrible quality of life and wheel support. In the next couple of weeks they are due to release a patch, which I hope, vastly improves their product. In turn, future products.

Motorsport Games took the decision to reboot the NASCAR series, previously “Heat”. They moved Unreal Engine and then put the physics from rFactor 2 into it. On paper, this is a great idea, I can see why they did it. Plenty of pretty graphics with the engine and a pretty darn solid physics base with the rFactor 2 code. I believe this task, though, was either larger than they thought or simply took longer than they thought to impliment. That’s why NASCAR 21: Ignition had such a faltering release.

What does this mean for BTCC?

Well, the NASCAR Game was the first release. So, there are many, many lessons to be learned. We have to hope they learned them. Motorsport games have the licensing for British Touring Car Championship, Indycar, NASCAR and if memory serves, the World Endurance championship too. That’s also not including the existing games they aquired in rFactor 2 and KartKraft.

The way I am vieing the situation is that so long as they learn lessons, then every title following will improve. The largest task I would imagine, was making the physics work within the engine in an efficient manner. Then beyond this, the User Interface. This, actually, only needs to be somewhat generic and “plug and play”. The same UI but with different branding could be used in all of their titles, pretty much.

Then it’s assets. The cars and tracks for each series. I would imagine this is very time consuming rather than a technical challenge.

My point is, once the team(s) have their workflow down they could produce great games. But will they? How far along the release cycle is the BTCC game? I don’t know the answer to that question. But, it may sound unusual, but I hope it’s one of the last games released this year so they can learn as much as possible.

What should we expect from BTCC 2022?

The problem with what to expect is that people want different things. That’s kind of the problem. Personally I think it will be a fairly generic yet fun racing game which is somewhat simcade. It will have sim elements, but it will be accessible. That will be great.

Personally, I would love a “BTCC experience”. Give me Ginetta juniors then the Mini series then graduate into BTCC. I don’t expect this kind of journey, at all. In fact I would say it will not happen. But I would love it.

The problem Motorsport Games have is that they have bought into racing series people care for. Deeply. This means they simply have to get it right or nobody will trust them. From NASCAR to BTCC. This is why I have optimism about the future of these titles. Because, based on nothing really, I trust they appreciate the potential impact of the games they’re developing.

Previous Revisiting TOCA Race Driver 3, Do we love or hate it?